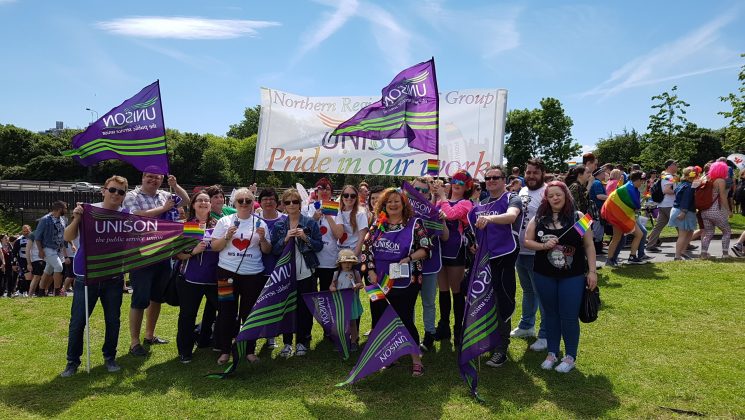 Do you identify as Lesbian, Gay, Bisexual or Transgender?

Trade unions exist to improve the working lives of their members. Lesbian, gay, bisexual and transgender workers face harassment and discrimination. It’s hard to deal with on your own. As a UNISON member you have a voice in the UK’s largest public service union, committed to working for LGBT rights.

LGBT members organise locally and nationally to support each other, to identify and challenge discrimination, to increase awareness of LGBT rights and to campaign for change.

UNISON fights discrimination and prejudice in the workplace on behalf of its lesbian, gay, bisexual and transgender (LGBT) members.

We do this by building local and national groups of LGBT members, negotiating with employers and offering individual support to anyone experiencing discrimination. We also provide access to practical advice and legal information.