Black members in UNISON work to improve equality in the workplace and challenge racism and discrimination.

Black members have many of the same concerns as other members regarding access to employment, pay, promotion and training. However, racist discrimination can deepen the impact of problems faced in the workplace.

UNISON’s Black members’ group campaigns for equality in the workplace and the wider community.

In dealing with discrimination we support workers not just in formal procedures but by developing effective responses to deeply rooted patterns of discrimination.

Many Black members take an active role in both assessment and promotion of equality in the workplace.

Challenging racism in the workplace is crucial to UNISON’s work because no workplace where racism is allowed to flourish can ever be effectively organised.

Who are our Black Members?

Black is used to indicate people with a shared history. Black with a capital ‘B’ is used in its broad political and inclusive sense to describe people in Britain that have suffered colonialism and enslavement in the past and continue to experience racism and diminished opportunities in today’s society.

If you would like to find out more about becoming involved in the Black Members Groups, please get in contact. 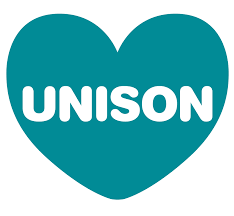